Adam Copeland (@EdgeRatedR) is a former WWE superstar known as Edge. He portrays the character Dwight Hendrickson in the series Haven.

Copeland's first foray into acting was the Highlander film Highlander: Endgame, which also can be seen on SyFy, the same channel that aires Haven. He recently re-entered the acting business because he can no longer wrestle - a reoccurring neck injury prevents him from wrestling or partaking of many physical feats, for fear of paralysis or death. During his wrestling career Copeland (Edge) often teamed with real-life friend Jay Reso (Christian); this carries over to their Haven roles, as McHugh (Reso) is close friends with Dwight Hendrickson (Copeland). 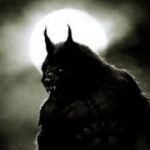