Haven is a supernatural drama television series loosely based on the Stephen King novel The Colorado Kid. The show, which deals with strange events in a fictional town in Maine named Haven, is filmed on the South Shore of Nova Scotia, Canada, and is an American/Canadian co-production.

The one-hour drama premiered on July 9, 2010, on Syfy. The series was the first property to be produced for Syfy Pay channels around the globe, excluding Canada and Scandinavia. On August 18, Syfy announced that it cancelled Haven prior to the mid season five premiere. Haven finished its run on December 17, 2015.

FBI Special Agent Audrey Parker (Emily Rose) arrives in the small town of Haven, Maine on a routine case only to find evidence of the paranormal and a town strongly invested in looking the other way. Working with local HPD Detective Nathan Wuornos (Lucas Bryant), she finds herself increasingly involved in the return of "The Troubles", a plague of supernatural afflictions that have occurred in the town at least twice before. She also finds a personal link in Haven that may lead her to the mother she has never known.

Parker begins to realize that her arrival in Haven may have been planned and that her name and even her memories may not be her own. As the series progresses, she learns that the mystery of true identity may go hand in hand with the mystery of Haven. 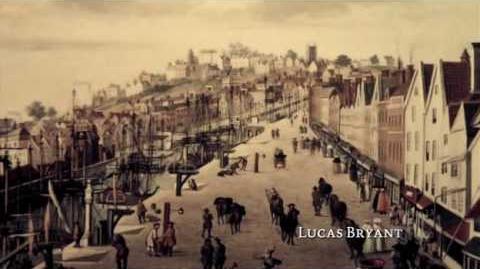 The cast bill in the opening credits for Season 1, except for the pilot, originally had a mixture of main and guest actors before ending with the Based on The Colorado Kid by Stephen King credit. But starting with Season 2, the main cast appeared first followed by the guest starring bill.

The Syfy Original Series banner had been used throughout Haven's run on Syfy since Season 2. It appears right before the main cast bill.

Some shots have been either rearranged or removed throughout the series. They include The Guard symbol on a gravestone from Seasons 1 and 2, and the antique store from Season 1. In addition, Audrey's original FBI badge photo from the first two seasons was replaced with a new one in the final three seasons of the series.