Haven (at one time known as Hayven) is a small fictional town located in the state of Maine, situated next to Tashwater Bay. According to one map, the town sits along the Penobscot River at the top of Penobscot Bay, to the southwest of Bangor and to the east of Derry at the southern end of Penobscot County.

The town had a population of 25,121 in 2010. It is located in the fictional King county. The local radio station is WLDH.

FBI Agent Audrey Parker was dispatched to the town in June of 2010 by her supervisor to investigate the escape of a federal prisoner local to Haven. She later stayed and helped several residents of the town when the Troubles returned.

Haven can be reached from another world through The Void by using the Thinnies located in Haven.

In New World Order, Haven is surrounded by a fog wall, not allowing anyone in or out of Haven. Anyone outside the fog wall forgets that Haven even existed. In Forever, the fog wall is removed and Haven appears on the map once again.

Haven is portrayed by the Canadian port town of Lunenburg, Nova Scotia. 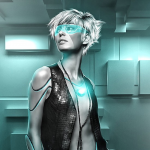