Jacqueline Clark is the girlfriend of Brian Shaw, an employee of Valufoods, and a lifetime resident of Haven, Maine. She lives at 181 Sea Conch Street.

She possessed the ability to make other people hallucinate their worst fears when they look into her eyes. Her father died in the Summer of 2010, causing her trouble to manifest. When she caused Bob Taylor to hallucinate that he was being attacked by Bigfoot, she left Haven to hide in Bangor. In September of 2010, she was attacked by Ian Haskell, who stole her affliction, leaving her normal again and she returned to Haven.

In October of 2010, her trouble suddenly returned and she caused mass hallucinations at the grocery store where she worked and the Haven Bus Terminal. She then hid at her home, where she was visited by Brian, who hallucinated that a burglar was in her house. Brian inadvertently cut her, and she fled to a neighbor's house, where she was found by Detectives Nathan Wuornos and Audrey Parker. While Nathan falls victim to her trouble, Audrey is able to get to her as she is immune to Jackie's trouble. Upon realizing that Audrey isn't scared, an emotionally exhausted Jackie collapses crying in Audrey's arms. At the police station, she explains what happened as Audrey provides first aide, with a wary Nathan standing at the door. When Brian learns about her trouble, having listened in from the hallway, he tells her that he loves her regardless.

She was later taken hostage by Haskell aboard the Cape Rouge, after her and Brian go to him in an attempt to force him to take her trouble. When Haskell was shot and dying, Nathan wiped Jackie's blood on Haskell's skin, causing Haskell to take her trouble with him when he died. After being cured, she happily hugs Nathan. When asked later by Audrey why he gave up the chance to get rid of his trouble, Nathan explains that while his trouble is difficult, he can still live a relatively normal life. Jackie on the other hand wouldn't have been able to. 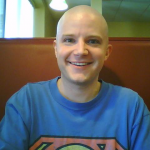