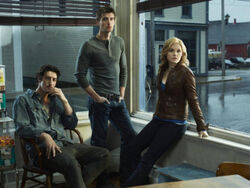 The first season of Haven premiered July 9, 2010 on Syfy airing on Friday nights at 10pm. This season contained 13 episodes.

FBI agent Audrey Parker is sent to Haven to track down an escaped prisoner, Jonas Lester. In town she meets Nathan Wuornos, a cop who can't feel pain, and Duke Crocker, a local smuggler. While researching the case, Audrey finds that strange things happen in the small town. It soon comes to Audrey's attention that there was a woman that looked like her living in Haven during the 1980s. Not only that, but the Troubles have returned. Determined to find out the truth of her past, Audrey decides to stay in Haven and joins the local police. As a police officer, Audrey helps the "Troubled" people of Haven. She finally gets a name for the woman in the picture: Lucy Ripley.

During her time in Haven, Audrey becomes better friends with Nathan and Duke, but their troubles don't stop there. Duke is told how he will die. Nathan tries to have a relationship, but it ends because of the Troubles. Audrey soon discovers the origins of Lucy. Then they figure out that the chief has been physically holding the town together, and can't hold it any longer. Some things will never be the same. 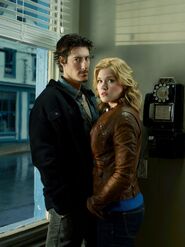 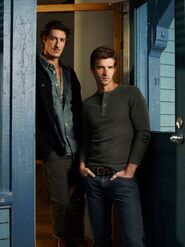 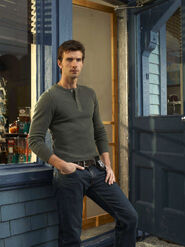 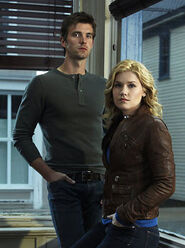 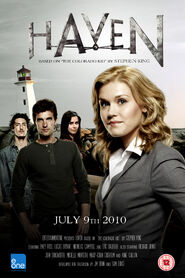