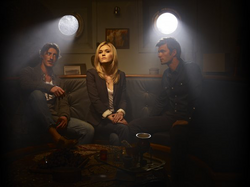 The second season of Haven premiered on July 15, 2011. The season had a run of 12 episodes followed by a Christmas episode that was outside of the show's standard timeline.

Following the death of the chief, the Biblical Plagues of Egypt fall upon the town. Meanwhile, Audrey and Nathan deal with a brunette woman claiming to be Audrey Parker who has appeared at the same time that Evidence Ryan, Duke Crocker's wife, returns to Haven. After the Plagues are averted, Nathan discovers that the town's religious fanatic, Reverend Driscoll, is starting a war.

Nathan steps up to fill the position of Interim Chief of Police, while Audrey deals with the possibility that she may, in fact, be Lucy Ripley. Duke continues to look for a way to save himself from the tattooed man destined to kill him. Audrey becomes involved with Troubled marine biologist Chris Brody, son of the late mayor. Nathan begins to team up with Dwight Hendrickson, his father's right hand man. Audrey and Nathan struggle to keep the peace, as Driscoll begins making his move against the Troubled. Duke discovers a secret from his past. Audrey finally gets some more information on herself thanks to Nathan, but everything is about to change and Haven will never be the same. 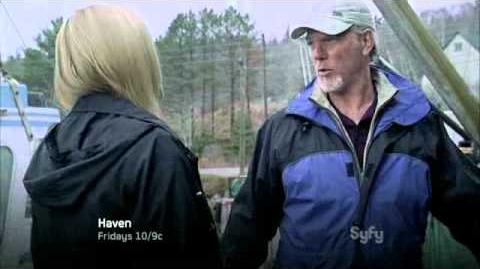 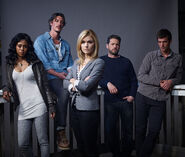